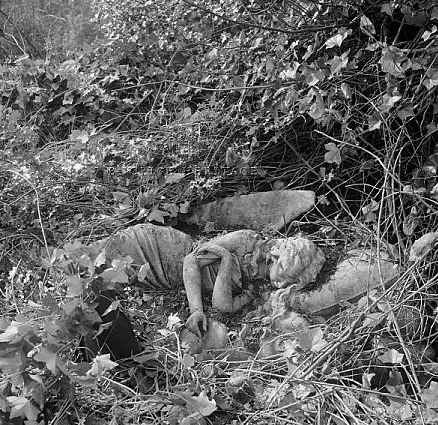 Spoiler Alert: Last night, on Netflix, I watched a British film called “Hippopotamus”. The main character and narrator is a  late middle aged British critic whose sardonic skepticism is equaled only by his sense of personal failure and self-loathing. In the film, he is called to an aristocratic country home to investigate rumors that a younger son there—the critic’s godson—has developed supernatural healing abilities. A man, a horse, and several women have been reported as cured of life-threatening illnesses when the boy laid hands upon them.

“Hippopotamus” is well scripted and well acted. The main character’s acerbic wit both appeals and appalls. But the ending is predictable. The critic—a former poet plagued with writer’s block for decades—unmasks the “healings” as a con on the part of the boy: one of the women dies, and the others’ symptoms return, except for the horse’s, who turns out to have been suffering from nothing worse than a hangover brought on by lapping up an alcoholic beverage accidentally dumped into its water bucket by the critic.

There is a happy ending of sorts: the boy admits to the con; is reconciled with his father, whom the con had been designed to impress; the critic’s writer’s block dissolves; and he starts making poems again. But the underlying assumptions of the film are what I’ve come to expect from modern secular media: there is no God; “miracles” are simply chance occurrences explicable by natural law; and anyone who believes in God, the supernatural, faith, or life after death is a self-deluded lamebrain.

True confession time: The movie depressed me. Against all experience and true expectation, I had deep down hoped that the main character would at least have been left with some doubts about the certitude of his materialism. When the hope was dashed, my ancient doubts concerning the true nature of my own mystical and psychic experiences rose up chattering. This is nothing new—my mind has always been a house divided, rationalist on one side, mystic on the other—and when such dark moods descend on me, I feel like a charlatan who has wasted his life living in a dream world.

Oddly enough, when I go into trance, or throw the cards for a client, or am in the presence of others who have had mystical experiences, my doubts recede, and the quiet joy of knowing that Divine Love is real, and that we are all,  ultimately, safe, returns.  But when I am alone in my flat, at night, it is more difficult to recapture that startling sense of peace I experience in the day.

This dualism is in part inherited: My father was an agnostic and purported rationalist; my mother, a high church Episcopalian who taught me from an early age “If I should die before I wake, I pray my Lord my soul to take.” I always felt torn between them, to the point where, as a child, I taught myself to sleep on my back rather than on my left or right side, because Daddy slept on the left side of the bed he shared with Mommy, and Mommy slept on the right side, and I felt if I chose right or left I would be siding with one parent against the other.

Tonight, as I lay in bed suffocating beneath the dread that the materialists are right, and that my mystic experiences are nothing more than brain farts, I could understand how some people believe in demon oppression or soulsucking negative thoughtform attacks—because I felt attacked, not by demons, but by the overwhelmingly pessimistic materialism of modern secular intellectual culture. And the thought came to me: You don’t have to give in to these doubts. You have a choice, based upon your experience, to believe in spirit guides, nature spirits, ghosts, reincarnation, soul travel, ESP, Tarot, channeling, and other manifestations of nonlinear consciousness, or not to believe in them. Which choice makes your life run more smoothly while not violating either your reason or your intuition? Choose now.

My lifelong difficulty reconciling my father’s agnosticism with my mother’s emotional religiosity was predicted, many years ago, when I was a sophomore at St. John’s College in Annapolis, Maryland. I developed a crush on a bisexual upperclassman who dabbled in the occult, inspired by the characters in John Fowles’ The Magus. One day, while in a pot-fueled trance, he predicted that I would spend my life standing on the crossroads showing the way for others to follow, while never taking that path myself.