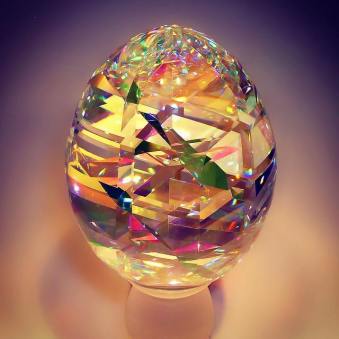 When Mister Rand first entered physical reality in zygote form in the womb of his present incarnation’s mother, he … brought with him into physical reality many experiences of standards fallen short, and his grief and pain over these actions (perceived by him as “failures”) were deeply entrenched in brain and body, so that he literally could not imagine a reality where the concepts of Good and Evil, Beautiful and Ugly, Friend and Enemy, Wanderer and Destination, Beginning and Ending did not hold universal meaning throughout all realities.

Big and small, short and tall, victor/victim,  do you not see that these dualities are only meaningful in Thought Reality? In the other levels of Reality, such as the Physical Planning State, the Dream State, the Nonphysical Planning State, the Plane of Light and Sound, and ultimately, the Plane of the Great Self, dualities slip away and are readily recognized as woefully inadequate to describe the enormous complexities of enfleshment.

But how can this be? asks Mister Rand. In physical reality, pain is real. Cruelty is real. Evil is real. How can you treat these intense negative experiences as neither good nor bad? Or as illusory? They are not illusory. They really hurt. How could a loving God create a universe where such pain can exist? Millions of children all over the world dying of starvation. Justice is one of the faces of the Divine, too. Are you saying that “justice” and “injustice” are meaningless concepts in the quote Higher Realms unquote?

We did not say that these things are illusory. We said simply that they have a reality only in Thought Reality, that reality connected to all minds past, present, and future by your reckoning. As for a loving God creating a universe in which suffering is not only possible but certain, given circumstances, some of your teachers [posit] that God has evolved over the eons of earthly existence, expanding through the levels of consciousness from Force, Threat, and Blame (all the vengeful deities of ancient times) to Acceptance With Intent To Learn; Giving; Loving; and Knowing … One’s true, complete, and immutable nature.

Another way of looking at these matters: that God, having evolved over the billennia into the most expanded consciousness, recognizes that It is not bound by space and time. And so Its expanded awareness is free to proliferate up and down the time stream, throughout all probable universes,  …  [expressing] Itself throughout time and space as though It had always been free to do so. In this way, Divine Love obtains access to all of reality and is free to seek to integrate Its mercies with the entire timestream from the very beginning to the very end (if “beginning” and “end” are words of meaningfulness in this context).

Mister Rand says, This is very complicated. Are you saying that God was once a brute, but having evolved into pure Love, is now rewriting the history of Itself so as to appear always to have been pure Love? We are not saying that deception is involved here. We are positing that the pain and travail available in Thought Reality is a remnant of a Maker less aware of the suffering of Its creation than It later became. And now that Maker, unable to remake what already is, is seeking to bring healing to all of history in all its permutations through the expanding consciousnesses of Its  “little” selves, i.e., the sentient creatures sprung from Its womb who are capable of moral choice and compassionate action.

And so It introduces agents of healing and change into the timestreams, “bodhisattvas” if you will, who emerge, have emerged, and will always emerge at various points in history to bring integration of the divine love-nature into Thought Reality and spacetime experience.

Mister Rand asks, So you are saying that some of us are time travelers sent by All-That-Is into physical reality and Thought Reality to introduce ripples of Love and Light into various periods of history? To which we reply, “That is correct.”

And we thank you for sharing. •