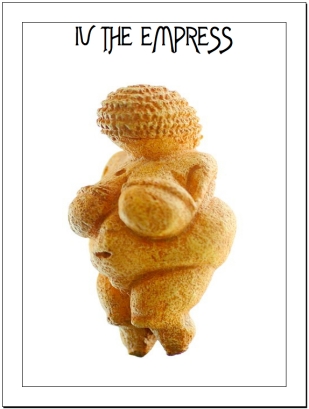 For those of us whose mothers physically, emotionally, and/or sexually abused us—whether overtly or covertly—Mother’s Day can be a joyless experience. So I prefer to think of Mother’s Day as a holy day dedicated to recognition of the nurturing face of the Divine in all its manifestations.

Years ago, when i was visiting the shrine at El Santuario de Chimayo, I wandered into the back of the shrine, where a large metal fenced in area was hung with thousands of pieces of paper bearing the photos and/or prayers for relatives of pilgrims. The statue of La Conquistadora in the chapel had depressed me, as war goddesses always do, and I was feeling low in general because of the condemnatory homophobia of the church hierarchy.

As I stood there, my forehead pressed against the fence, I noticed that a stream ran by the place where I was standing. All at once I received a very strong impression of a female energy saying to me, “Don’t listen to those old men on the hill. From my womb you came, to my womb you shall return. You have a right to be here.”

Another time the Great Mother appeared to me was in a dream. I dreamed that I was standing in a kitchen facing a screen door opening to the outside world. On the other side of the screen were a group of wild animals, led by a giant sow, all gazing at me. When I looked into the sow’s eyes the message came to me, “Please don’t forget us.”

I am firmly convinced that environmental abuse—industrial pollution and despoiling of habitats—threatens ourselves and many other species with extinction. Often such abuse arises from Force and Threat based thinking on the part of corporate heads, who believe that anybody strong enough to take what he wants deserves to enjoy the spoils of victory no matter who else or what else it harms. Sometimes such abuse appears to arise from the trauma of growing up poor in rural areas where only the hardest physical labor results in bare subsistence living; in such cases, it is easy to view the Earth as an enemy and animals as either potential foodstuffs to be harvested or rivals for dwindling resources. Sometimes such abuses arise from the blinders which a privileged urban upbringing often places upon the wealthy; to such persons, “real life” is the concrete and glass of the city, and rural life is a kind of theme park rather than the source of all air, water, and food essential to human life. And sometimes, environmental abuse may serve as a “safety valve” for intense personal anger over abuses suffered in childhood.

I grew up in the New England countryside. I spent hours as a boy wandering our woods. I seldom encountered any animals or heard any birds, the latter because (he confessed to me years later) my severely abused older brother—who demonstrated in other contexts a marked sensitivity towards and caring for animals—had a habit of shooting and killing as many birds as he could find. “It was either that,” he told me, “or shoot Mom and Dad.” (A decorated Viet Nam conflict veteran and lifelong alcoholic now in sobriety over 18 years, my brother has set aside his once-hoarded firearms, recognizing that possessing them did not actually make him safer and stronger. So healing is possible, and I honor him for embracing it one day at a time.)

Anti-pollution and environmental exploitation activism is crucial if we are to rescue the Earth, its animals, and ourselves from Force and Threat consciousness run riot. But while we address corporate malfeasance, let’s not forget that corporations are run by individuals, and that a successful environmental protection campaign must also seek to re-educate the individuals responsible for voting in corporate practices that are harming life on Earth. Identifying and reaching such people can be very difficult, as they frequently view anonymity and freedom from personal accountability (“It’s nothing personal; it’s just business”) as some of the privileges enjoyed by the ruling class. But we must persist in showing these people that there is no such thing as an impersonal business decision where the health of the Earth and its creatures is concerned. •

2 thoughts on “On Mother’s Day”

Since the mid-1980s Rand B. Lee has served an international clientele as a professional psychic specializing in life-purpose, career, love, wellness, relationships, spiritual development, prosperity, recovery, the Tarot and trancework. Rand works with individuals, couples, and groups in person, over the telephone, or via Skype.