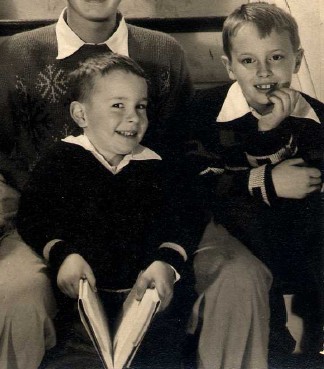 On those who have gone before there is much to say and little: much, because, from our viewpoint in the plane of light and sound, the joyous celebration of complexity and union that is physical and nonphysical reality proliferates endlessly in a dance rich with meaning and worthiness; little, because all this, at core, is known to all and each of you and us both. For this is the way of things.

Mister Rand grieves for those who have left the body before him. Grief is a hard, cold thing, or can be, when it sits in the throat like a stone unexpelled. Or it can be a hot rushing thing when first felt in its entirety of passion, welling up and spilling over in a hot rush of tears and wailing. Your society permits little of this grief-show, and that is a limitation of your society; public demonstrations of grief serve a grieving one and the society both, as demonstrations of how personal loss is also public loss: the loss of a brother, sister, father, mother, wife, husband, child, animal friend marking both a personal intimate change and a change in the composition of the group.

When what is felt by each is felt by all, grief is easier to bear. But in your culture, grief is hidden or expected to be quickly moved on.

Nevertheless, the grief that Mister Rand feels, say, over the unbodiment of his friend and once-brother Jeffrey Robert, is largely a grief of the body. When two beings have been raised together in close proximity, chemistries mesh; body patterns mirror one another, smells converge, chemistries ape one another, rhythms of sleep and wakefulness converge. Bodies harmonize within close proximity, and when one of two die, the body that remains is torn loose from its patterns and cast adrift, whether the loss has been of spouse or sibling or child or pet: bodies communicate with one another, and grieve for one another. So much of the grief felt by one who has lost a beloved is grief of the body.

And there is grief of the heart. “I only have escaped alone to tell thee,” says the comforter in the Book of Iyyob. Aloneness is the shadow of oneness and its pain is keen. The Divine is One but It is never alone. In truth, neither are you truly alone, and Mister Rand, his perceptions having been keened by his psychic practice, is aware of the presence of his friend whom he knew as his brother Jeffrey, and so is somewhat comforted, when his intellect does not prevent him from accepting and acknowledging that comfort. For the intellect, whose job it is to enable beings to create and thrive in physical reality, has only limited ability to make sense of the vast light reaches.

What is Heaven like? you ask. Heaven, we say, is noisy, joyous, full of argument and banter and explosions of love. Heaven is a carnival, though not a carnivale. Heaven is a peaceful glade with a stream running through it, and rabbit-birds giggling just out of sight. Heaven is your best friend.