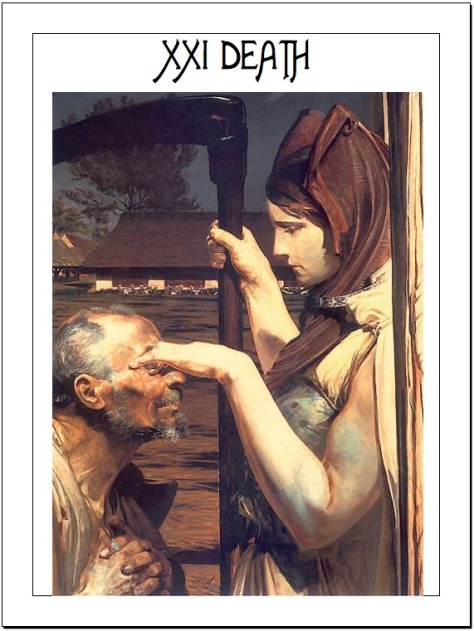 In my Tarot of Shadows, the most spiritual card is Number XXI: Death. Western culture is severely thanatophobic. I hate funerals not only because I don’t want to face my own feelings of loss, but also because I fear my own death will be an extinguishment or a punishment rather than an expansion into Light. You would think that I, who have done psychic work for years, who have felt the unbodied around me as warm presences of love, would not fear death. But Stephen Levine says, in his book “Who Dies?”, that those who fear death the most are often those who have been most fearful of living. And like many men with PTSD (Post Traumatic Stress Disorder), living fully scares me.